It is a Christian hypogean graveyard found in the first rocky foothills, degrading along the ghetto of the northern part of Cava Ispica in the territory of Modica. The large complex dates from the 4th to the 5th century AD. With an extension of more than 500m² and with about 400 graves excavated within three galleries, the Larderia catacombs form the largest sepulchral site in Sicily after that Of S. Giovanni in Syracuse.
The site has two entrances and is divided into three galleries full of loculi, simple arcosoli or polisomes, canopy tombs and terragne tombs.
A large, rectangular rectangular vestibule precedes the galleries of the catacomb; It is presented with at least four stacks of locules and, for each stack, with four superimposed burials; The floor instead accommodates twenty-six was continuous carpet. From the rooftop entrance you reach the three galleries characterized by a massive presence of burial niches placed both on the walls and on the pavement.
Of the three galleries, the central one is the longest, about 40 meters long. 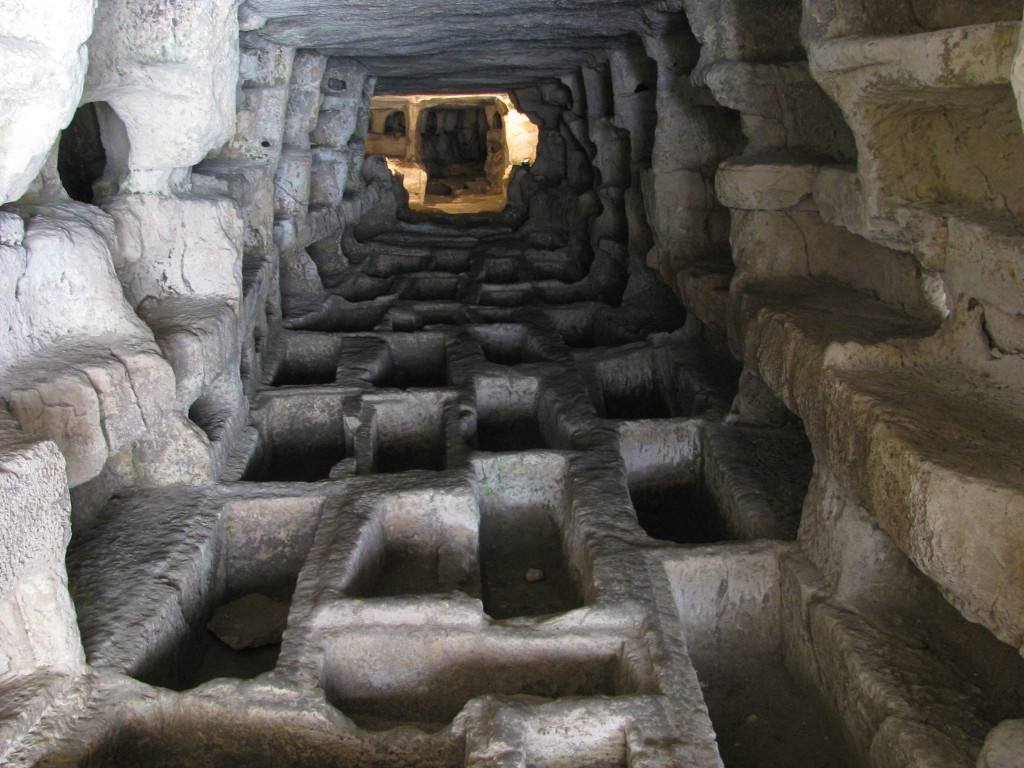 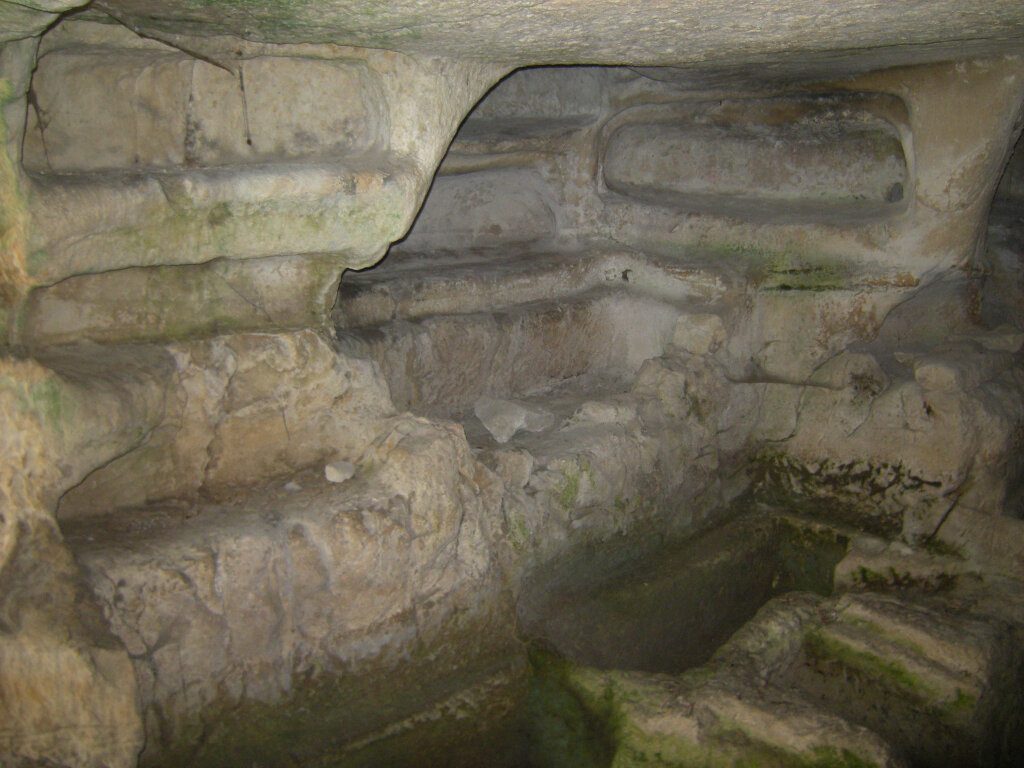 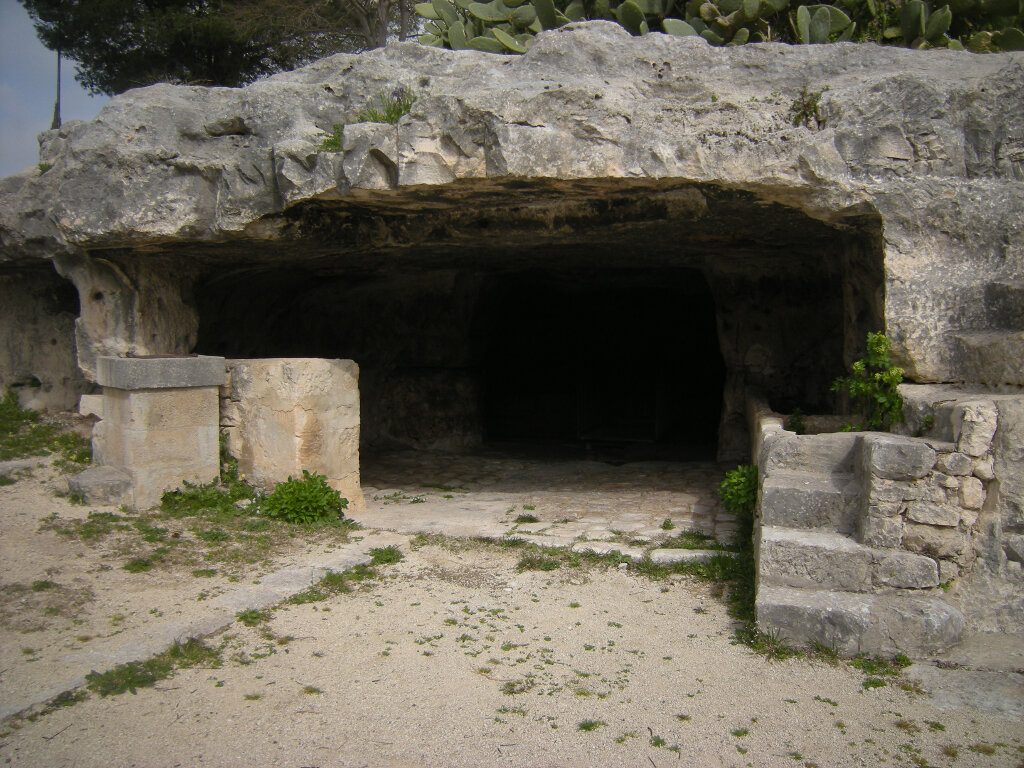 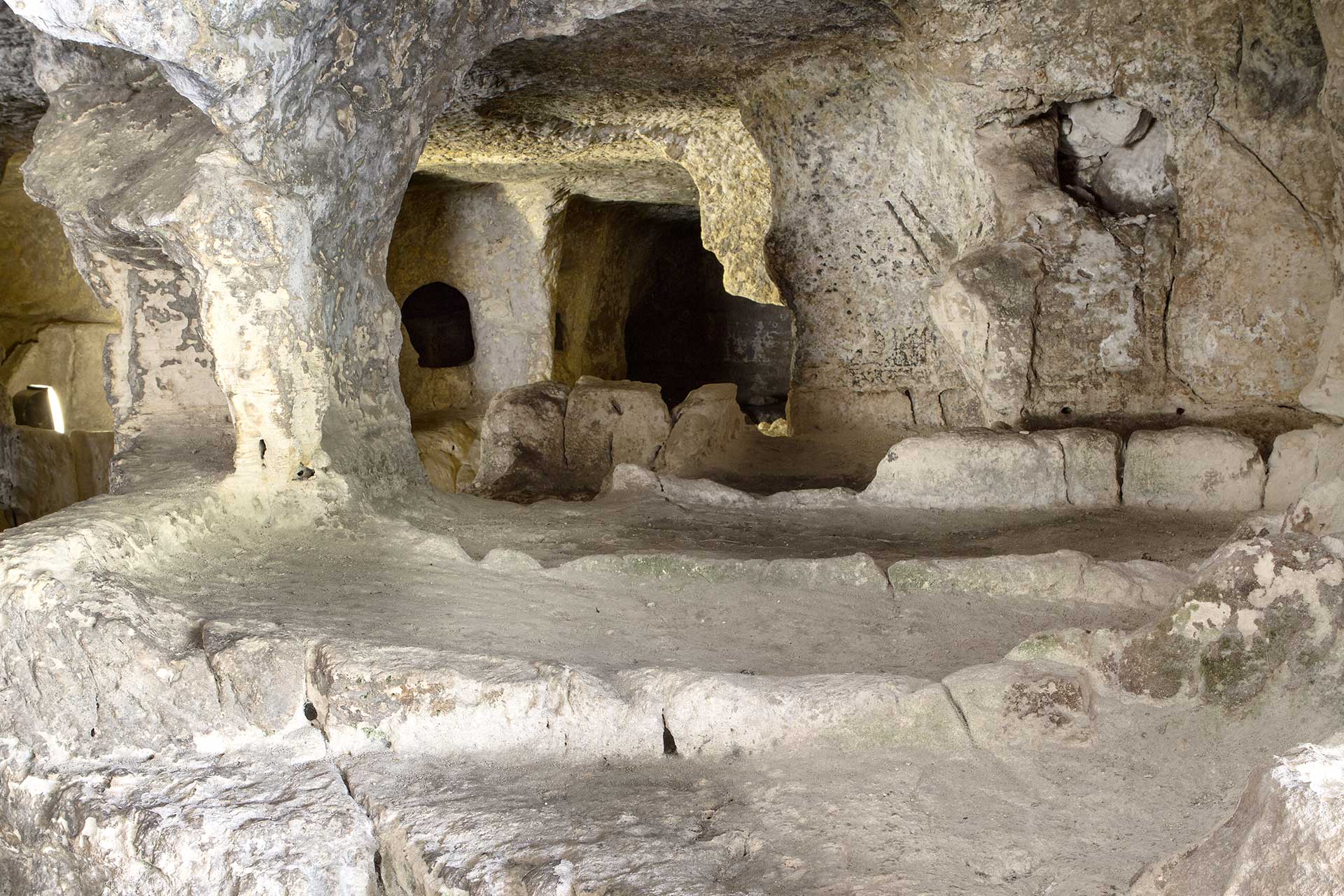