The Church of “SS. Annunziata” (XVIII century) together with the city of Ispica, once called Spaccaforno, was built after the earthquake of 1693 on the vast plain of “Cugni”, adjacent to the last tract of Cava d’Ispica, where was once located the old town of Spaccaforno. Inside the “Parco Forza” was the fifteenth-century Church.

The current facade and the loggia date back to the nineteenth-century, while the bell tower was built in the 1900s. The inner part of the Church, built on a Latin cross floor plan and with three naves, is decorated with white,light blue and golden stuccos on the walls, the pillars, and the vaults which depict scenes from the Old and New Testament, made by the artist Giuseppe Gianforma. On the altars are located some paintings and statues created between the sixteenth and twentieth century. Worthy of note, according to an artistic and devotional point of view, is the statue of the “Christ with the Cross” of 1729 made by the Noto artist Francesco Guarino. It is carried throughout the city on the Holy Friday during the Easter Week by the “nunziatari”. 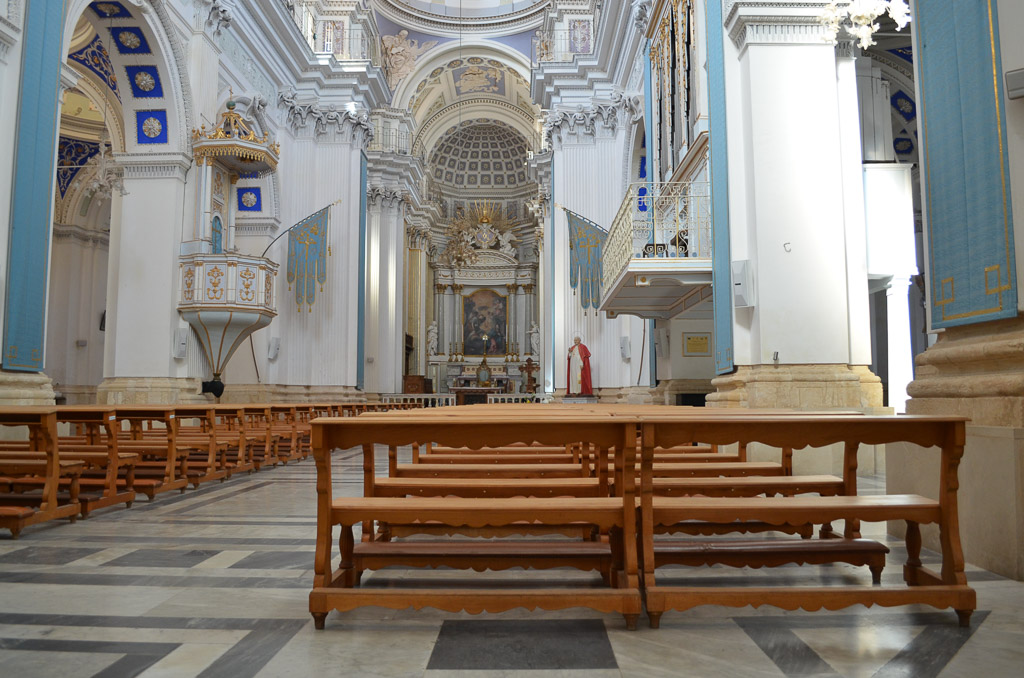 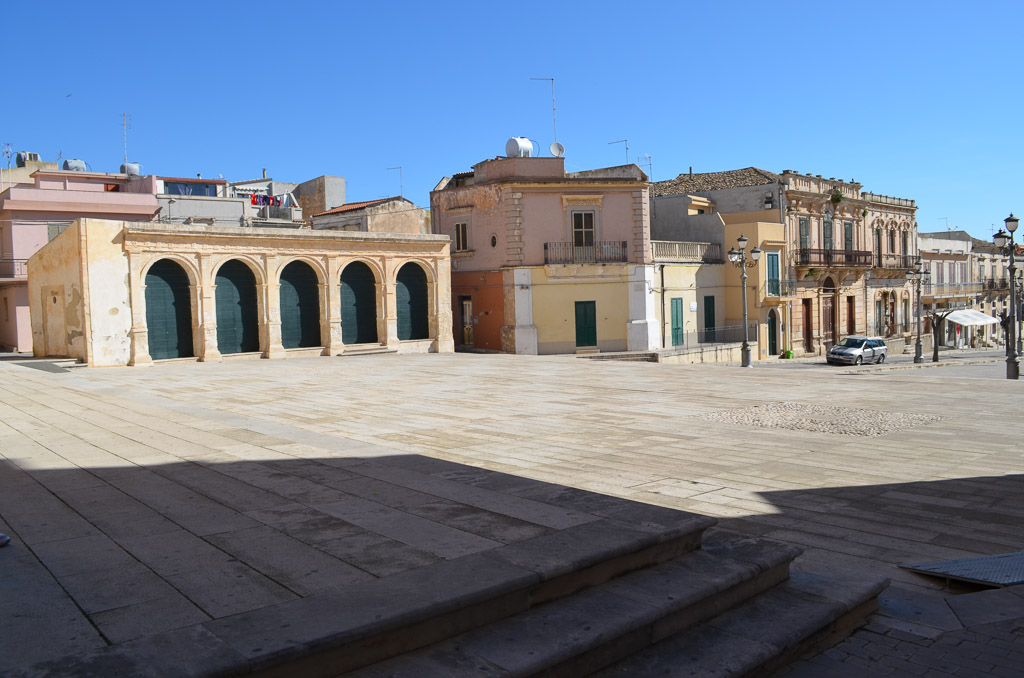 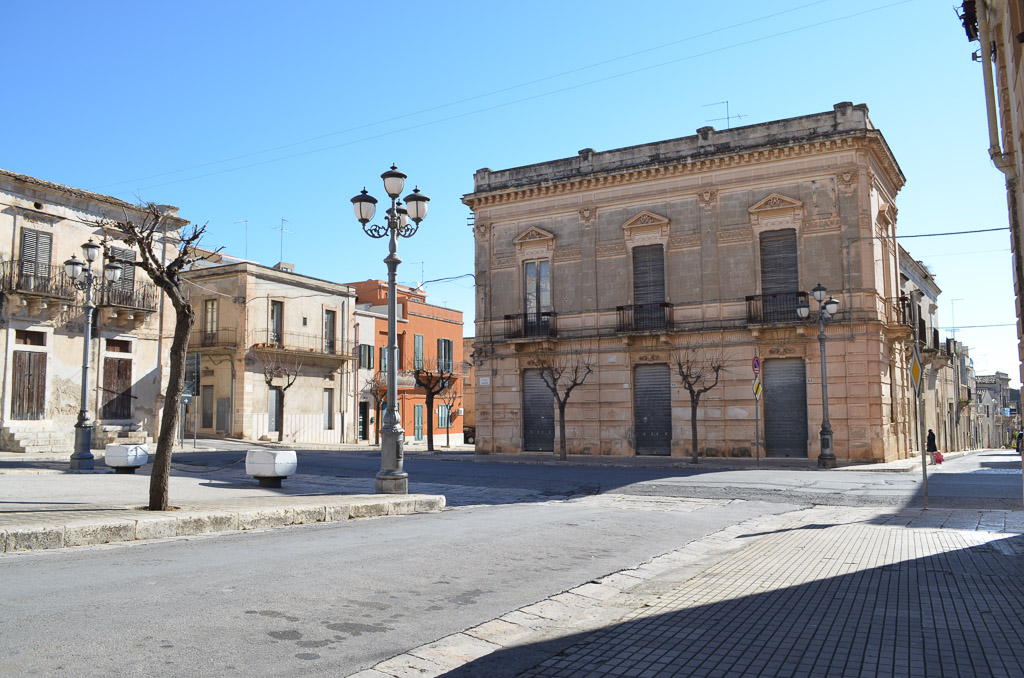 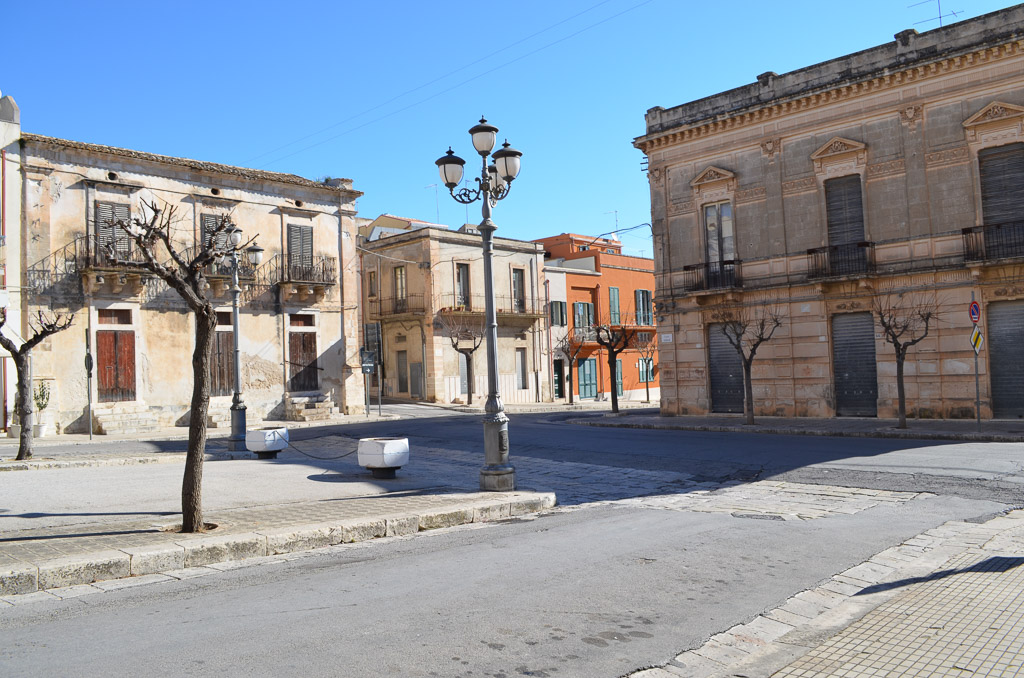 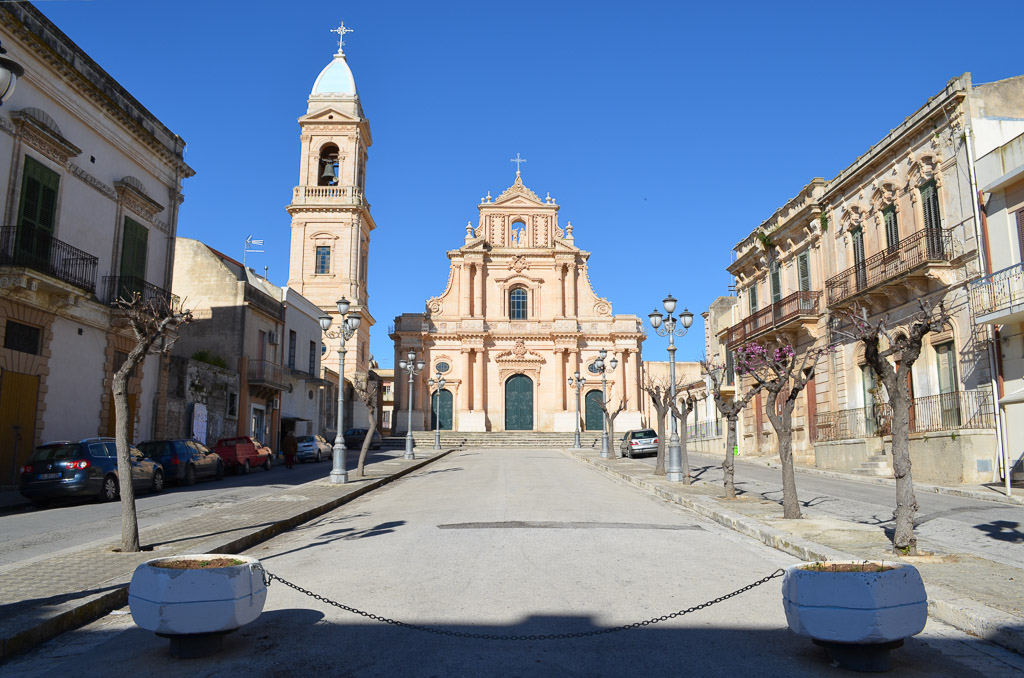